If you’ve read just about any of my books, you’ll know that I’m no stranger to the popular fantasy tropes. Dragons, wizards, prophecies, etc. They’re classic story elements for a reason! But one cliche I tend not to use is the traditional “Damsel in Distress.” Let’s face it, ladies don’t always get a chance to be heroic in fantasy stories. Often they exist as little more than the target of courtly romance and/or a McGuffin for the hero to fetch, in either case wearing a thoroughly impractical ensemble. It can make for an interesting story if written well, but that’s seldom been the sort of story I wanted to tell.

It turns out, I’m not alone! 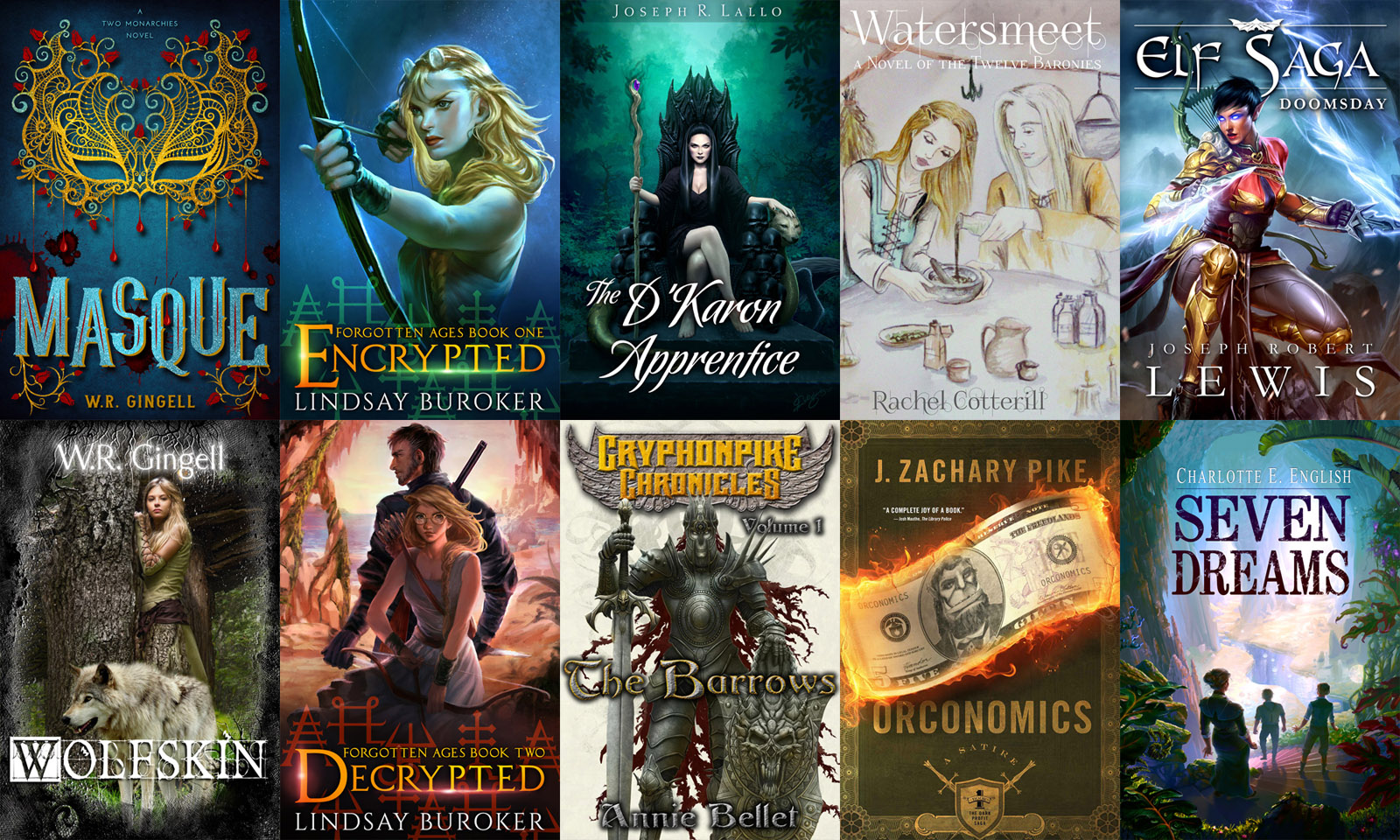 StoryBundle and Charlotte E. English — both of whom I’ve worked with multiple times in the past — have teamed up to produce The Leading Ladies Bundle. This is a limited time, name-your-own-price bundle of stories with a strong female lead or a supporting cast of capable ladies. The D’Karon Apprentice–ironically the book of mine with the most scantily clad lady on the cover–joins works from such heavy hitters as Lindsay Buroker (another person with whom I’ve frequently collaborated), Annie Bellet, and (of course) Charlotte E. English. Here’s the full lineup, plus some words from the curator herself.

In these tales of derring-do, the ladies have stepped firmly out of the background. Not every story is female-led, though many are. In some of these books, they’re taking centre stage and rocking it. In others, it’s a supporting cast of women that shines.

I have for you an aristocratic amateur sleuth and a wayward forest witch from W. R. Gingell; a top mathematician and codebreaker from Lindsay Buroker; and from Joseph Robert Lewis and J. Zachary Pike, elf ladies as we’ve never seen them before. There’s a cursed princess from Annie Bellet, a brilliant scholarly mage from Rachel Cotterill, and a cast of wizards, necromancers and dragons from Joseph Lallo. And from me, there’s a predominantly female team of wily masqueraders with a grand mystery to solve.

These books cover a range of fantasy sub-genres, from comic to epic to romantic to adventure fantasy. They’ll take you to diverse fantasy worlds, and show you how spectacular leading ladies can be.

The initial titles in the Leading Ladies Fantasy Bundle (minimum $5 to purchase) are:

If you pay more than the bonus price of just $15, you get all five of the regular titles, plus five more!

—
Quite a deal, wouldn’t you say? I hope you’ll pick it up! And you can do so starting now over at StoryBundle!
Search
Sign Up for the Newsletter
Meta
Avatars by Sterling Adventures